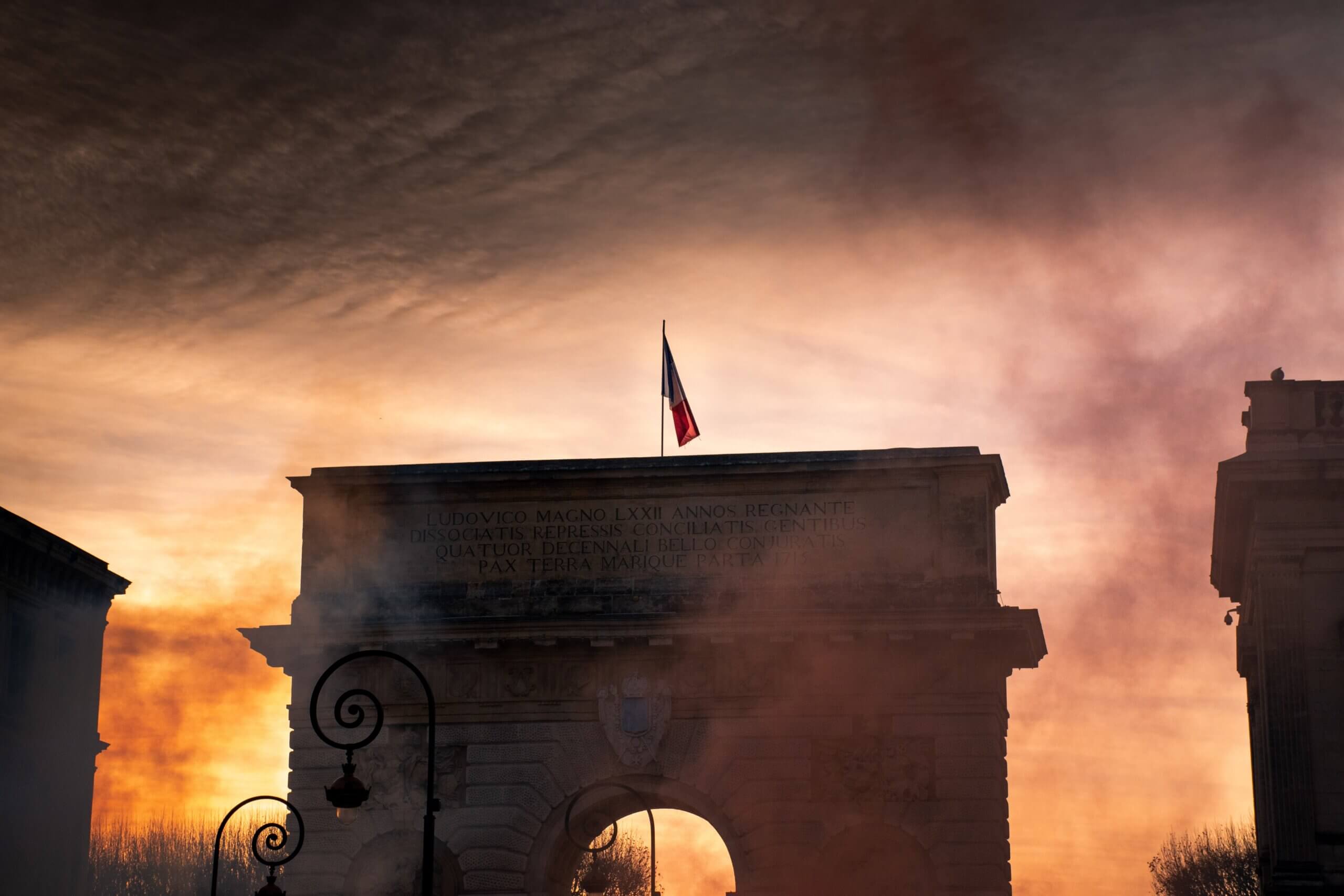 “What is a market and where do you stand”

At the moment, it is hard to not feel like you are in a Charles Dickens novel, whose view of society and its shortcomings seems so relevant now.

His iconic opening sentence in A Tale of Two Cities epitomises the quandary we are in now.

It was a novel that was seen to explore the nature of revolution, swapping one way of doing things for another.

As a property agent, we have the tough task of being somewhere in the middle of people being in the worst of times and on the flip side, those looking to the future and wanting to take advantage of what could be the best of times when we emerge from this slumber.

Looking at what lies ahead for this market is for some daunting and tragic, and for others, the greatest opportunity of our lifetime.

Is this the definition of market economics governed by supply and demand?

Are we entering a period where supply outstrips demand?

If you listen to the news it would appear we are, and the world is going to end. Personally, I don’t think we are.

As opportunistic as this current market is and how tragic it is for some, it is something that has to happen to correct the problems we have had since the financial crash, where we have papered over the cracks.

The period we are going through now is surgical and something that some would argue has been needed for a while to force change. It’s not nice, it’s certainly not fair, but life generally isn’t.

Those problems of demand are not a one-size-fits-all. You change or using the buzzword of the pandemic, you “pivot”. One person’s trash is another person’s treasure.

The planning reform in September with the “pivot” to class E has been one of the best things this pandemic has brought about.

But what is the property market we are now in?

In property terms, the current method of valuation and it being based upon historical market evidence has led, pre-Covid, to landlords choosing not to do market deals that would end up crystallising a loss.

Instead, it has meant that it makes more sense to do nothing and wait for the market to recover, so we bump along the bottom with no one willing to make a decision. Walk along most high streets and it’s apparent – voids breed voids.

Is that method of valuation a true definition of what the property market is? It depends who you ask.

Property always moves in cycles of periods of boom and bust, however I’m not sure that’s sustainable. Has Covid been the straw that broke the camel’s back to create a new normal?

Or is it just the taking part that counts?

Don’t sit on the sidelines or do?

At the end of A Tale of Two Cities, Sydney Carton sacrifices himself, which I understand as being Dickens’ examination of the nature of revolution:

“I see a beautiful city and a brilliant people rising from this abyss, and, in their struggles to be truly free, in their triumphs and defeats, through long years to come, I see the evil of this time and of the previous time of which this is the natural birth, gradually making expiation for itself and wearing out…

I see that child who lay upon her bosom and who bore my name, a man winning his way up in that path of life which once was mine. I see him winning it so well, that my name is made illustrious there by the light of his…

I fully appreciate it is slightly melodramatic to compare the current predicament to the upheaval of the French Revolution.

However, perhaps that is the answer – that out of sacrifice we come out the other side better and stronger. We pick ourselves up and we go again. Tomorrow is another day and at some point, we will have a market.

A market is a snapshot of time. At some point soon, there will be clarity and we will say with certainty what the route is. In the interim, we want to learn and we want to listen. To look forward, we have to look back.

This is a period where everything is grey, that’s good. The rulebook is ripped up, and rules are very much there to be rewritten. It’s an opportunity to push the boundaries like there never has been before.

At Torridon we won’t pretend to claim we have all the answers. We have opinions and no matter what side you sit on; whether it is the best of times or indeed the worst of times, we are here to help, keep the faith. 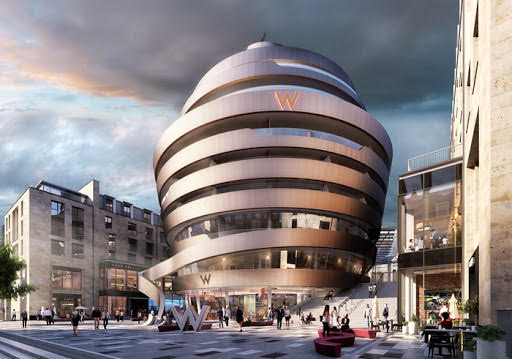 Lane7, the bowling alley, ping pong and golf concept, will launch three new sites in the coming months, all acquired by Will Biggart from Torridon.

Leicester opens imminently, with openings in Manchester and Bristol to follow.

Torridon acting on behalf of Lane7 has also secured a site in the St James Quarter scheme in Edinburgh. The company will open a 19,000 square foot, late-night venue on level four of the development.

The enforced six-month closure of its six sites between March and August postponed long-term growth plans but Lane7 founder and owner Tim Wilks said: “We’ve experienced the toughest and most painful period imaginable. Openings in Leicester, Manchester and Bristol have been long in the planning for us and, without covid-19, I’m confident most of these sites would have been open by now. We’ve been dealt the toughest hand possible in trying to maintain commitment to these sites during a period without trade on existing sites, so we’re excited to be in a position to now press on. While we know trading conditions will remain challenging, we’re keen to get on the front foot and extend the Lane7 experience to big cities across the UK.”

The Leicester site is due to open in October at the city’s old train station and will include a number of independent street food-style shipping containers, as part of a £50m revamp of Great Central Square.

Lane7 will take over the All-Star Lanes site in Manchester’s Deansgate later this year and will unveil its Bristol venue in the Harbourside leisure district in the new year.

Wilks added: “We have to stay cautious and understand there may well be more tough times ahead, but we’re really excited to be oiling the lanes again and bringing our brand of late-night entertainment to more cities across the UK.”

This will be a game changer for Edinburgh and for UK retailing. What Nuveen are creating at the St James Quarter will be the benchmark for all future city centre mixed use developments.

Biggart said: “We are delighted to get the first deal done at Torridon and in my home city!

It’s tough out there, but it doesn’t mean life stops and we need to stand still.

At Torridon we look for like-minded individuals, with a can do attitude, to work with and alongside.”

Will Biggart is the retained agent for Lane7. 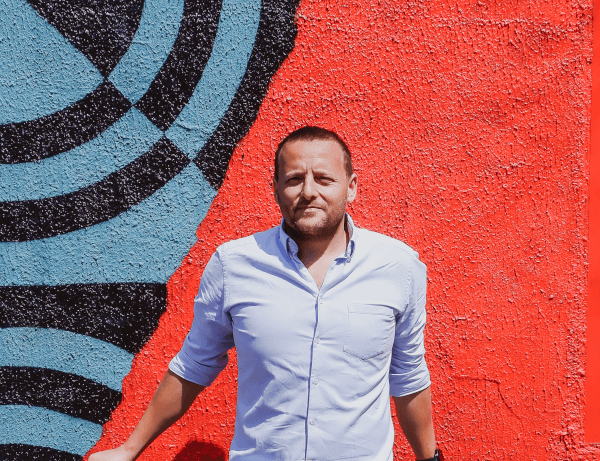 “Specialist advice is needed more than ever in the current climate,” says Will Biggart, who has formed a London-based retail and leisure consultancy agency called Torridon.

Having worked as a partner heading up the restaurant & leisure team at retail and investment practice Jackson Criss for eight years, Biggart is going out alone. His retained clients will include Curzon, Lane 7 and new competitive socialising entrant Sixes.

Along with providing strategic development and agency advice to a variety of national restaurants and leisure occupiers across the country, Biggart will also advise major institutional investors, high-net-worth individuals and leading UK and international property companies including Aberdeen, Nuveen and Unite.

The agency will offer consultancy advice on investment transactions and new developments from conception to completion, as well as occupational and strategic advice on brand expansion and portfolio consolidation.

Biggart has worked with a number of top landlords both from an institutional and Proco basis, including Aberdeen Standard, Aviva, British Land, Capital & Regional, Legal & General, New River, Threadneedle and Unite. His previous development projects include 150 Holborn, The Bentall Centre in Kingston, Regent Arcade in Leamington Spa and the repositioning of Exeter’s Guildhall Shopping Centre as Queen Street Dining.

“Understanding landlords and occupiers’ needs is paramount. We are in one of the most uncertain times since the financial crash in 2009.

“With disruption and change comes great opportunity. There is no doubt that the next 12 to 18 months will be challenging, however I believe the outcome of this tragic pandemic brings forward structural changes that are long overdue.

“Occupiers will need to move with the times and those that adapt and react, will come out the other end stronger, with more brand loyalty. The relationship between landlord and tenant is evolving and the share of risk and reward has started to change.

“Planning reform is long overdue to revitalise high streets for alternative uses and with the pandemic putting pressure on unrealistic book values, I believe we are finally on the cusp of a high street revolution.

“It’s the people, brands and entrepreneurs that make the retail and leisure sector great and their ability to adapt is unmatched across other asset classes. Restaurateurs and forward-thinking retailers are resilient and those emerging from the other side of this pandemic with cuts and scrapes will thrive in a well-needed and surgical rebalance of the industry. Viva la revolución!”

This website uses cookies to improve your experience while you navigate through the website. Out of these cookies, the cookies that are categorized as necessary are stored on your browser as they are essential for the working of basic functionalities of the website. We also use third-party cookies that help us analyze and understand how you use this website. These cookies will be stored in your browser only with your consent. You also have the option to opt-out of these cookies. But opting out of some of these cookies may have an effect on your browsing experience.
Necessary Always Enabled
Necessary cookies are absolutely essential for the website to function properly. This category only includes cookies that ensures basic functionalities and security features of the website. These cookies do not store any personal information.
Non-necessary
Any cookies that may not be particularly necessary for the website to function and is used specifically to collect user personal data via analytics, ads, other embedded contents are termed as non-necessary cookies. It is mandatory to procure user consent prior to running these cookies on your website.
SAVE & ACCEPT